Lionel Messi not in to Rio 2016 Summer Olympic 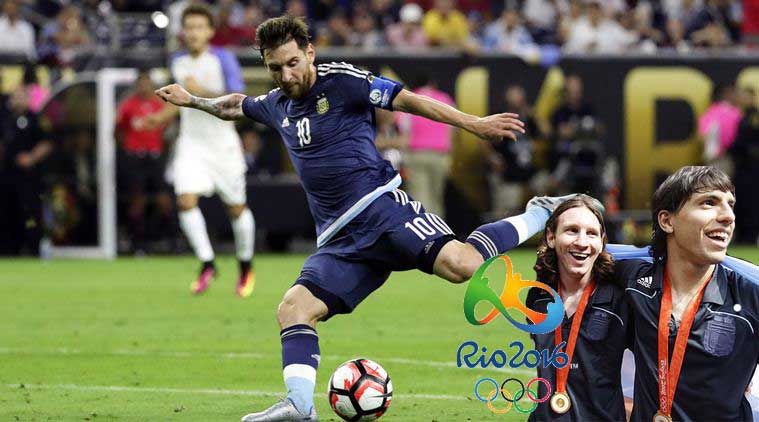 Lionel Messi is out to Rio Olympics 2016 hosting in Brazil

Argentina’s superstar striker, Lionel Messi is not included in Argentinian soccer squad for Rio 2016 Summer Olympics. Lionel Messi had won gold medal in Beijing Olympics in 2008. But Barcelona team management already announced that Messi would not complete at both the Copa and the Olympics.

Complete squad list of Argentina for Rio 2016 will be announced before Copa America 2016 final match, where Argentina teak on champions Chile. Argentina were Olympic champions in 2004 and 2008.

It will be very interesting for Argentina team, because Rio 2016 is hosting in Brazil. At Rio Olympics, Argentina are in Group D competition along with Portugal, Algeria and Honduras.