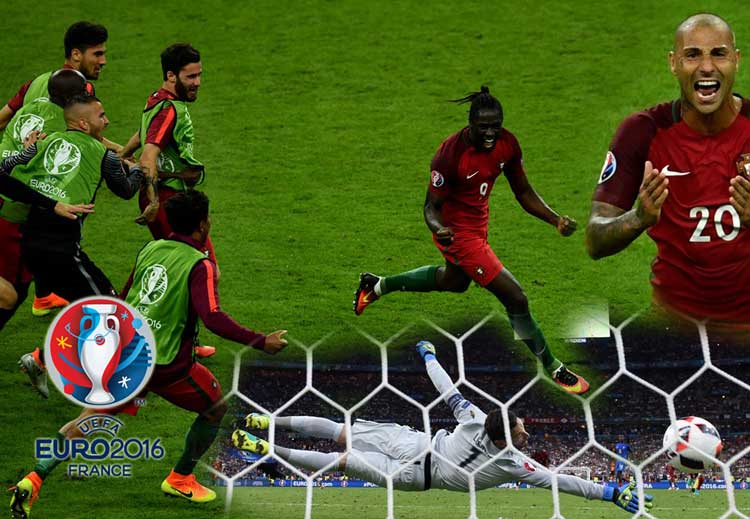 Portugal wins the Euro 2016 Championship Title, Portugal won the European Championship 2016 for the first time after beating France on 10th June 2016 in Final. Hostages failed to use advantage of hosting. Regular 90 minutes were ended as a goalless draw in this most fascinating final match of France vs Portugal. Then the extra 30 taken. Eder has been excellent as a substitute, He is the winning goal scorer for Portugal. And here is the end of a one month of fascinating soccer actions.

Portugal vs France head to head matches were found 24 times in soccer history.  And France won majority of victory, France had won 18 of them and lost in 5 and one match was draw.

Star player of Portugal, Cristiano Ronaldo returned to side bunch at early stage of first half due to his injury in a collision with Dimitri Payet in the ninth minute. Cristiano’s absence highly disappointed to Portugal fans.